GOLDEN TWINS I AND II 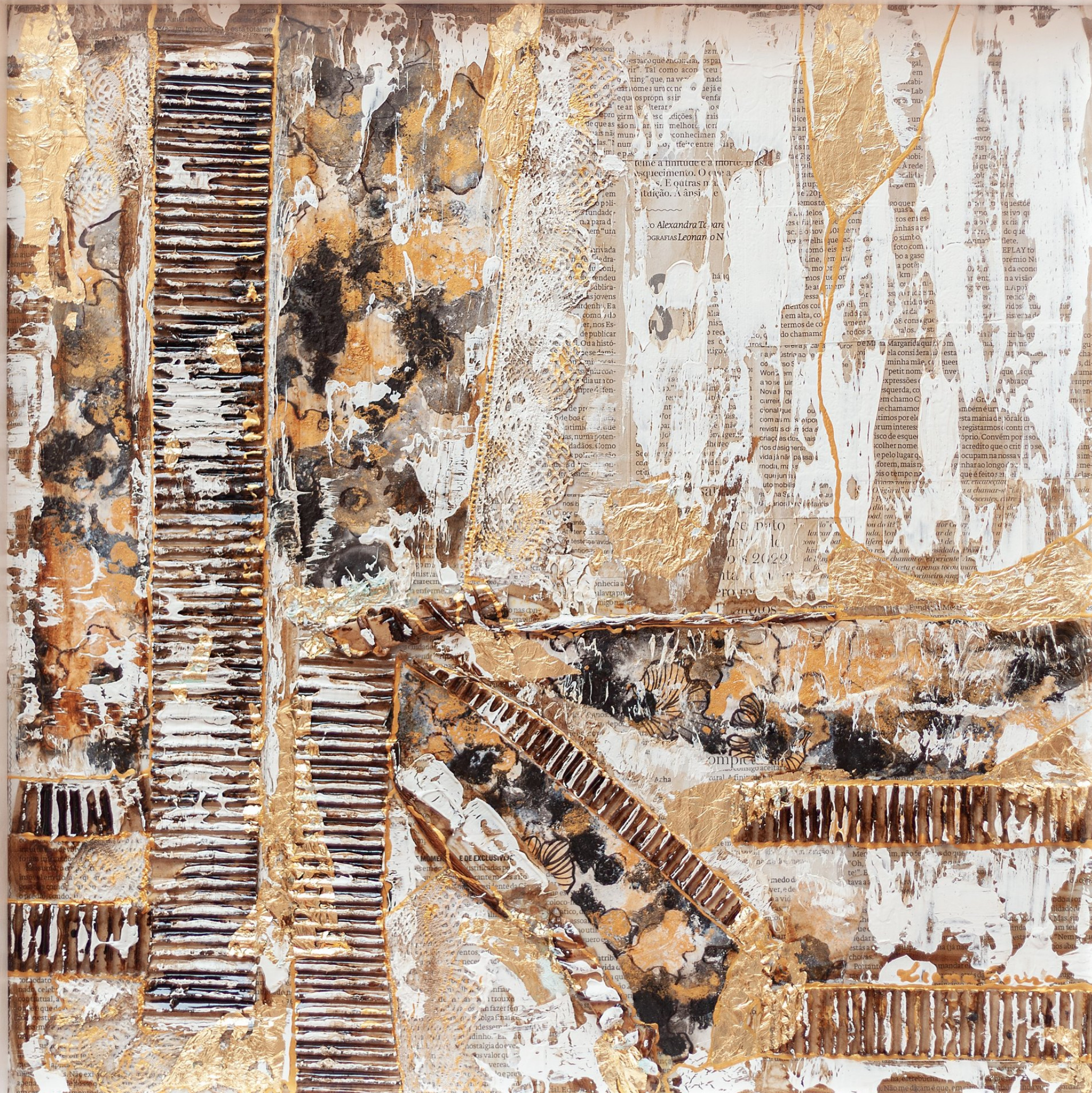 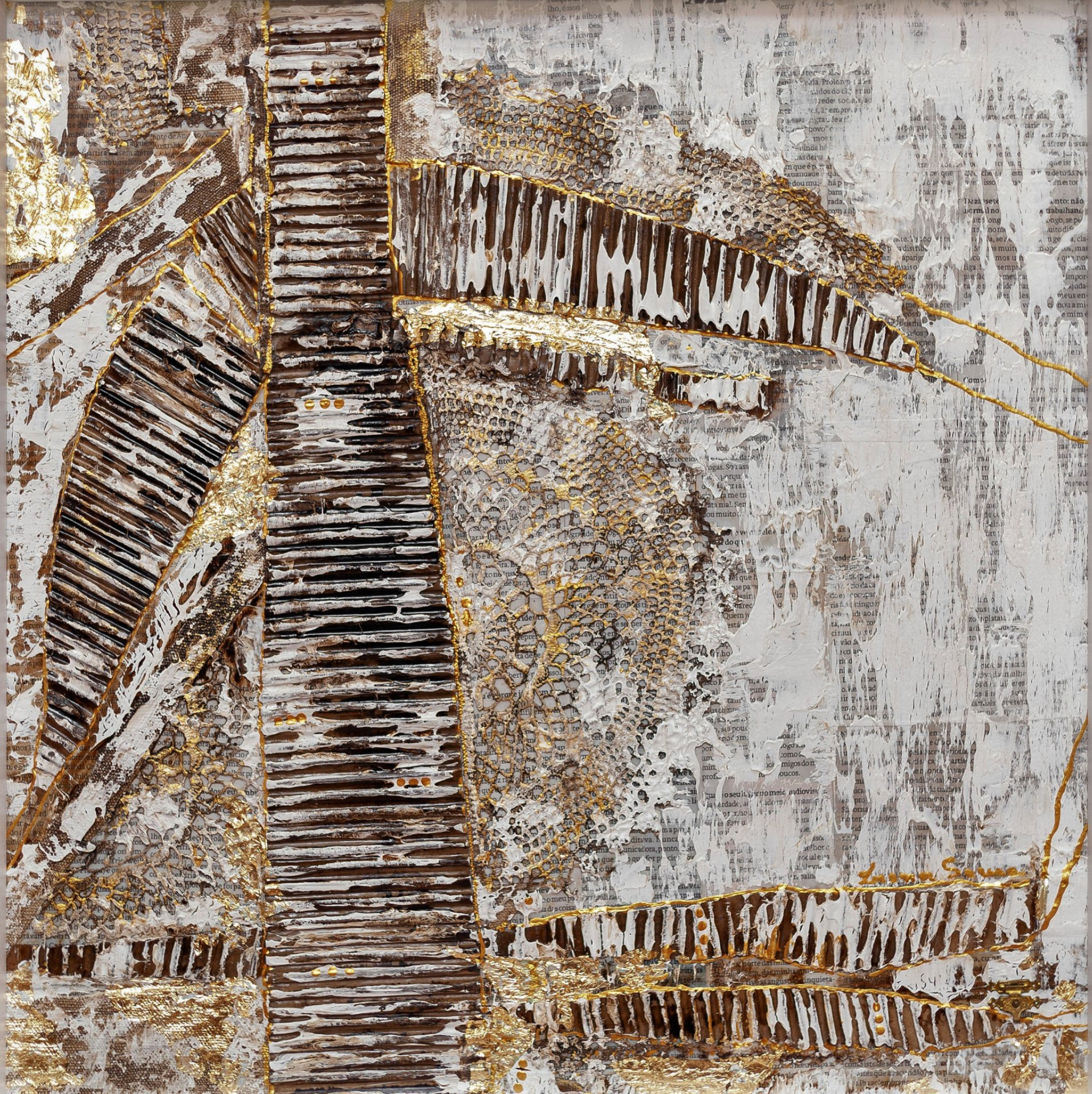 GOLDEN TWINS I AND II

Acrylic with applications and gold leaf on wood. Two canvas of 50x50cm. This artworks include Certificate of Authenticity.

Only 1 left in stock

“Golden Twins I and II” is a diptych by the portuguese female artist Leonor Trindade Sousa, whose eclectic art is the result of an enormous stoicism and struggle, where precise technique, its feminist side and maternal sensibility are evident.

Leonor Trindade Sousa was born in Vagos, in 1961. Her work, through oil and acrylic, ranges from figurative to abstract and it’s the result of an enormous stoicism and struggle, where her feminist side is evident in parallel with the more sensitive condition of maternity. Her career includes numerous solo and colective exhibitions in Portugal, France, Italy, Switzerland, Spain, Luxembourg, Denmark and Brazil. Some of them are: “Artquake 3” (2020) in Istanbul, “África Minha” (2019) at the Tomás da Costa Municipal Gallery, Vila Nova de Famalicão House of Arts, Tane Timor House and Art Gallery, “Artquake2” (2019) at the Nidge Art Gallery, in Turkey, “Artbox Projet Zurich” at SwissArtExpo’19, “The Art of Fraternity” at the Convento S. Domingos, “Eclettica” at the Consulate of Ecuador in Milan or “Onde não puderes amar” at the Municipal Museum of Espinho. Her works are also represented in the Museum of the Caribbean in Colombia, the University Hospital of Geneva, the Hospital D. Estefânia, the Casa Ronald McDonald, the IPO in Porto, the Carroussel du Louvre, the Arte Artbox Barcelona’20, among other private and public collections.

She has been awarded several times with the prizes: Premio della Crítica Louvre Art Museum 2021; Palme d’Or, in Cannes; Literarte Best Artist of the Year 2018, in Brazil; International Grand Master of Art Caravaggio Award, in Milan; International Grand Master of Art Botticelli Award, in Florence; Diego Velázquez International Art Award, in Barcelona; ​​Artist of the Year Award 2019, in Mantua, Italy; the Golden Brush Trophy, in Brazil; M.A.D.S Gallery’s Renoir International Art Prize, in Milan; and the Michelangelo International Award, in Rome. She also received the title “Academic of the Nucleus of Letters and Arts” in Portugal from the Literarte Association and, in 2018, became Portugal Ambassador of Denmark, with the work “Mar Imenso” which is part of the permanent collection of the European Museum of Art in Frederiksvaerk.