NO TEU OLHAR / IN YOUR LOOK 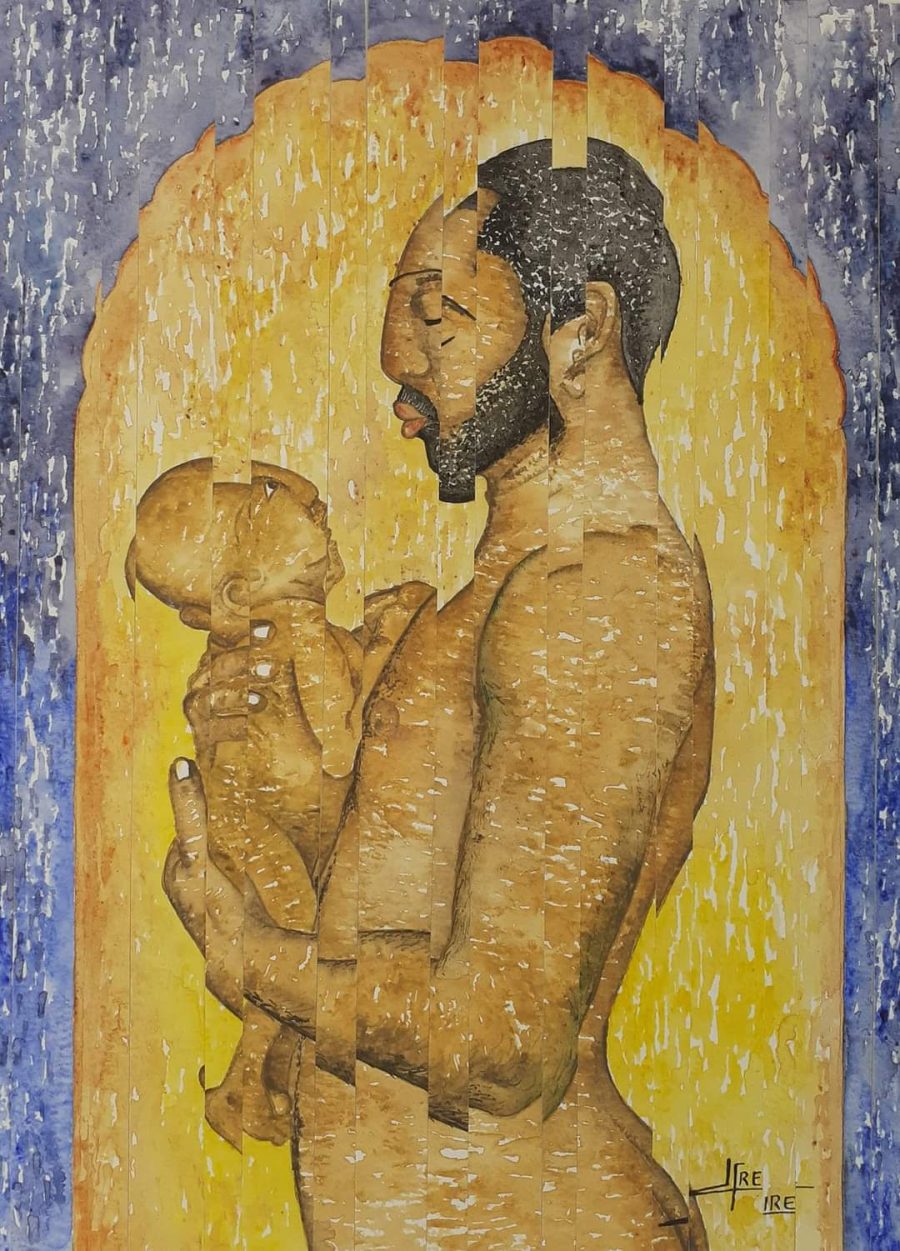 NO TEU OLHAR / IN YOUR LOOK

ABOUT THE AFFECTS COLLECTION

“Neste trabalho tento expressar os laços que unem mãe e filho desde a nascença desse ser que é o fruto do seu amor, assim como o sentimento que une pai e filho.” (João Freire) – In this work the artist try to express the bonds that unite mother and child since birth of this being who is the fruit of their love, as well as the feeling that unites father and son.

João Freire (J. Freire) was born in 1959 in Benguela, Angola. He graduated in Visual and Technological Education at the Escola Superior de Educação of Bragança and he is professor of painting at the Senior University of Bragança since 2010. Since 1978 he has developed a career in the fine arts and exhibits regularly, having held individual and collective exhibitions in various locations: Gouveia, Manteigas, Vila do Conde, Viana do Castelo, Bragança, Torres Novas, Torre de Moncorvo, Sabrosa, Porto, Vila Real, Vimioso, Figueira da Foz, Salamanca, Lisbon and Peso da Régua. Throughout his career, he received several awards: 1st painting prize at the Viseu Floral Games (1980), 1st prize for painting and a honorable mention in sculpture at the “I and VI Mascararte Biennial” (2013), 1st, 2nd and 3rd painting prizes at the competition “Norcaça, Norpesca and Norcastanha” (2011 – 2019), 3rd prize at the VI International Salon of Art in Small Format 20×20 (2016), 3rd prize at the II biodiversity nature drawing competition, in Vila Real (2015).In 2003 he participated in the literary collection “Imagem Passa a Palavra” of the Identities project, in an artistic exchange with the Cooperative Cultural Gesto and the Faculty of Fine Arts of the Porto University, a partnership with Brazil, Cape Verde, Mozambique and Angola. He is the author of the books “Drawing as a Mediator for the Development of Fine Motricity” (2013) and “Juntos Podemos” (2014) and, since 2013, that collaborates in the illustration of several books by the AJUDARIS association.